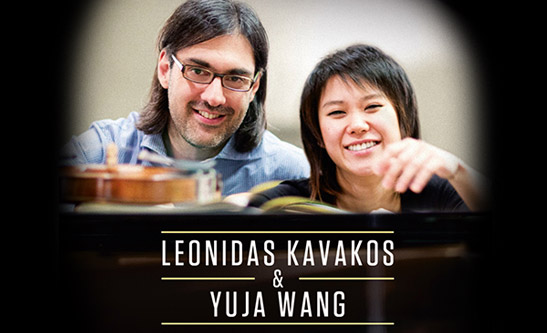 Leonidas Kavakos’s third release for Decca makes a perfect supplement to his acclaimed Brahms Violin Concerto disc with Riccardo Chailly. For the three sonatas Kavakos – an exclusive Decca artist – teams up with Yuja Wang, a former Gramophone Young Artist of the Year. Their partnership at the 2013 Verbier Festival was much talked about (and broadcast on Medici TV) and they will be touring these works in April to major European cities.

The album is opened by the feisty Scherzo from the F-A-E Sonata, which Brahms contributed to a composite sonata (along with his friends Schumann and Dietrich). The three violin sonatas which follow were written for Brahms’s muse in all matters violin, Joseph Joachim, who also gave the premiere of the Violin Concerto and contributed its cadenzas. The album closes with the instantly recognisable Wiegenlied or Lullaby.