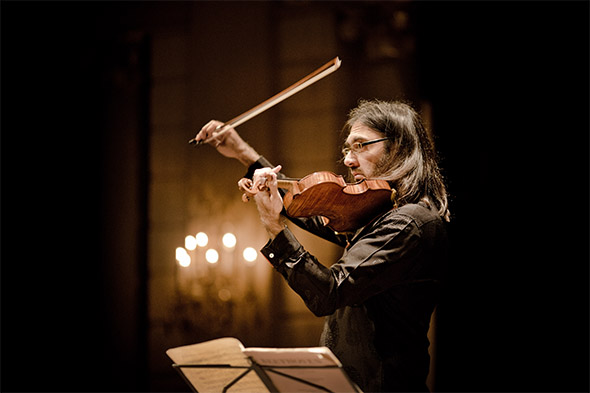 The prize will be awarded at a concert on 12 January 2017 at the Koncerthuset, DR Byen, with the Danish National Symphony Orchestra, conducted by Fabio Luisi, where Kavakos will play violin concerti by J.S. Bach, Berg and Brahms. The Prize Concert will be the main event of a mini festival where Leonidas Kavakos will perform at various events in Copenhagen.

Leonidas is the fifth violinist to be awarded the Léonie Sonning Music Prize. Before him, the Music Prize has been awarded to Yehudi Menuhin (1972), Isaac Stern (1982), Gidon Kremer (1989) and Anne-Sophie Mutter (2001).

“Leonidas Kavakos is one of the most expressive violinists you can hear today. He interprets the masterpieces for violin from Bach and Mozart to the classics of the 20th century with authority and with profound musical understanding. His strong personality, virtuosity and the honest, direct nature of his playing mark him out as an artist of rare calibre.” Esben Tange, Chairman of the Léonie Sonning Foundation.

Leonidas has performed several times in Denmark both as a soloist, with orchestra and as chamber musician. In March 2006 he performed first time with the Danish National Symphony Orchestra, as a soloist in Carl Nielsen’s Violin Concerto. On 29 January 2016, Leonidas will conduct the Danish National Symphony Orchestra for the first time, in a concert where, in addition to Strauss Tod und Verklärung and Haydn Symphony No.83, he will perform as a soloist in Mozart Violin Concerto No.3. Watch Leonidas discuss the programme for the concert: