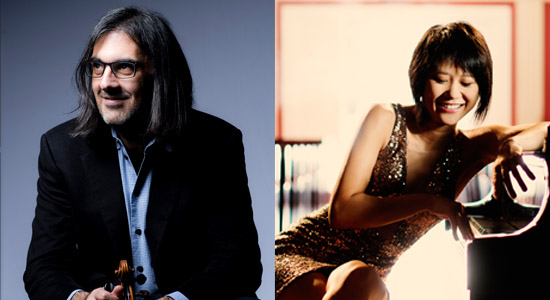 Leonidas reunites with Yuja Wang this month for a tour of Europe, beginning at Munich’s Prinzregententheater on 17 January. Leonidas and Yuja have been regular musical partners for several years. Together they released a recording of Brahms Violin Sonatas in 2014 and last season toured the United States and Europe to critical acclaim.

Together they perform a programme  of works by Mozart, Prokofiev, Bartók and Richard Strauss. Following their concert in Munich, they then perform at London’s Royal Festival Hall on 18 January, Konzerthaus Dortmund on 19 January, Wiener Konzerthaus on 20 January and finally the Kölner Philharmonie on 21 January.