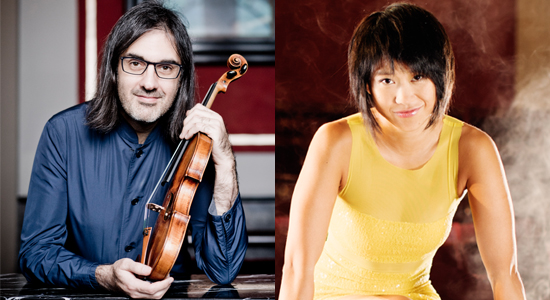 Following their European tour in January, Leonidas and Yuja Wang reunite in New York for a recital at Carnegie Hall on 6 February. Together they perform a programme of violin sonatas by Brahms, Prokofiev and Richard Strauss as well as Bartók’s Rhapsody No.1. The concert is part of Yuja’s Perspectives series at Carnegie Hall and will be broadcast live on New York classical radio station WQXR.

Leonidas then rejoins Enrico Pace for another series of concerts, this time in Italy. Leonidas and Enrico give recitals at Teatro Niccolini in Florence on 10 February, Teatro Carlo Felice di Genova on 11 February and Milan’s Conservatorio Verdi on 12 February. Alongside violin sonatas by Brahms and Enescu, they also perform two works by Greek composer Nikos Skalkottas.