In 2020, Leonidas Kavakos pays tribute to the genius of Beethoven through a series of concerts and recordings.

Leonidas describes Beethoven as “one of the most important giants in the musical era”.

During the anniversary year he will pay his respects with a number of performances of the Violin Concerto, as well as the complete Beethoven Sonata Cycle with long-time recital partner Enrico Pace, and continued promotion of his recent all-Beethoven release on Sony.

Leonidas has previously recorded all of Beethoven’s violin sonatas with Pace for Decca. During the anniversary year the duo will perform the cycle in Milan and Rome, with the first instalment on 20 and 22 January, respectively. They also perform the complete cycle in China and Japan, and offer several more recitals featuring Beethoven’s works for violin and piano throughout the year.

Leonidas began marking the 250th anniversary of Beethoven’s birth in October 2019, with the release of his all-Beethoven disc on Sony Classical. The disc includes a stunning performance of the Violin Concerto with the Bavarian Radio Symphony Orchestra and features some of Beethoven’s less well-known Variations on Folk Songs. 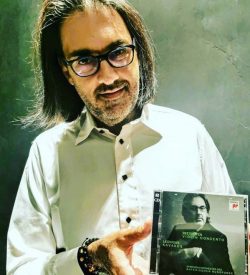 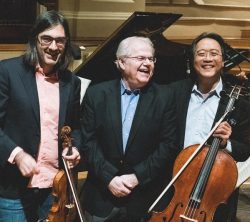