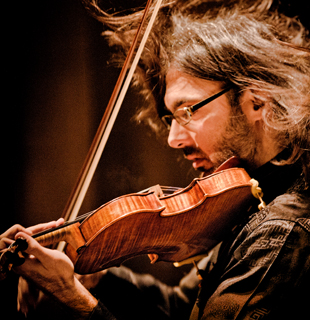 Leonidas Kavakos and Enrico Pace play the complete Beethoven sonata cycle in the Stern Auditorium of Carnegie Hall on 2, 3 and 4 March, having previously played a series of individual Beethoven recitals in Boston (23 February), Philadelphia (25 February), Princeton (27 February) and Toronto (28 February).

Their recording on Decca has been received with great critical acclaim. Libération reviewed the recording, writing: “…his limitless palette, the way he crafts each phrase, giving fresh intention and care to every note…he marries the power of Kogan with the finesse of Kreisler.”

Earlier in February, Kavakos appears as soloist with the Bayerischer Staatsoper and conductor Constantinos Carydis in three performances of Brahms Violin Concerto in D major, Op.77 with concerts on 17 and 18 February. Kavakos recorded the Brahms concerto with Ricardo Chailly and the Leipzig Gewandhaus and performed both the Violin Concerto and the Double Concerto on tour in London, Paris and Vienna earlier this season.