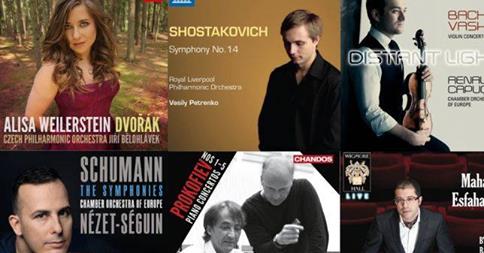 Leonidas is one of ten artists to have been nominated for the coveted Gramophone Artist of the Year Award for 2014.

The prize is part of the British magazine’s annual awards and previous winners include Joyce DiDonato, Alison Balsom and Joseph Calleja.

The award is decided by an audience vote. Click here to vote on the Gramophone website. Voting closes on July 22.

Read the citation from Gramophone magazine:

Kavakos has had quite a year, performing on many of the world’s great stages and with the greatest orchestras to universal acclaim. He recorded Brahms’s Violin Concerto with Chailly and the Gewandhaus Orchestra for Decca (‘evidence of abundant temperament and passion’ according to Duncan Druce last December) and made a superb set, with Yuja Wang at the piano, of the Brahms sonatas – an Editor’s Choice this month. Increasingly seen with a baton in hand, Kavakos has come a long way since taking Gramophone’s Concerto Award back in 1991 for the Sibelius Violin Concerto in its original version for BIS.