Leonidas conducts the Chamber Orchestra of Europe in Amsterdam & Paris 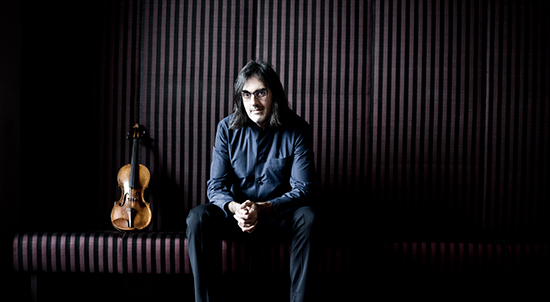 Leonidas reunites with the Chamber Orchestra of Europe this month for concerts in Amsterdam and Paris on 1 and 2 June. The first concert is the culmination of Leonidas’ season-long residency at Amsterdam’s Concertgebouw, while the second takes place at the Cité de la Musique.

Leonidas leads the orchestra in a programme of Bach’s Concerto No.1 in D minor, BWV.1052 (reconstructed for Violin), Schubert’s Symphony No.5 in B-flat major and Beethoven’s ‘Eroica’ Symphony.

Leonidas first appeared with the COE as a soloist under the baton of Ingo Metzmacher in Stravinsky’s Concerto in D major in 2002, the same year in which he made his debut at the Concertgebouw in Amsterdam. This time round, it was Leonidas who invited the COE to perform in the ‘carte blanche’ season as part of his current artist residency at the Concertgebouw.

Later in the month, Kavakos joins the NDR Elbphilharmonie Orchestra for performances of Shostakovich Violin Concerto No.1 under the baton of Jukka-Pekka Saraste. The final concert on 10 June will be broadcast by the NDR.